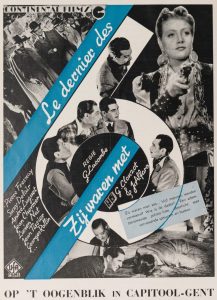 Roel Vande Winkel is writing a book about the Belgian film industry during the German occupation (1940-1944). The book aims to deliver a cultural and social history of film production, distribution, exhibition and reception in German-occupied Belgium. In this lecture he talks about his multimethod research and presents preliminary research results. He discusses the advantages and the limitations of working with (1) archives and publications that were created by the occupier and collaborationists, (2) archival materials created or collected by the Belgian judiciary, after the liberation, (3) oral history interviews, (4) databases about film exhibition in 1940-1944, (5) a research website designed to share results with the general public.

Roel Vande Winkel is Associate Professor at KU Leuven and at LUCA School of Arts. Roel Vande Winkel. His publications include ‘Cinema and the Swastika: The International Expansion of Third Reich Cinema’ (with David Welch, 2007, rev. 2011), ‘Silencing Cinema: Film Censorship around the World’ (with Daniel Biltereyst, 2013) and ‘Film Professionals in Nazi-Occupied Europe’ (with Pavel Skopal, in 2021). He disseminates the results of his ongoing research on the website https://www.cinema-en-belgique-occupee.be/ He is also conducting research on Alfred Greven (1897-1973), the leader of Continental Films (1940-1944) in Paris. 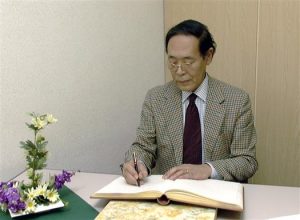 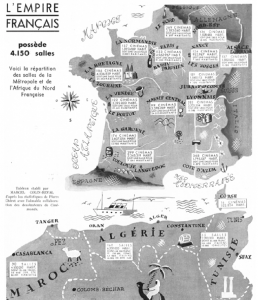 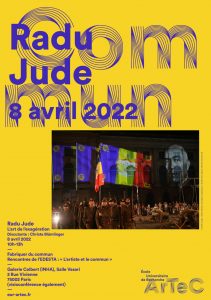 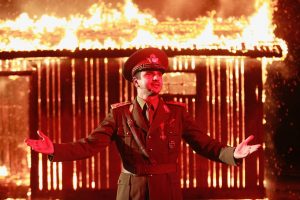 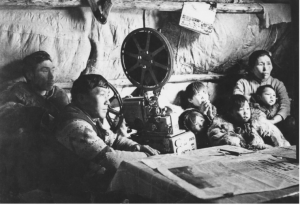 Firat Oruc (Georgetown University SFS Qatar): “Cinematic Spheres in the Gulf: A Cultural and Political History”
The history of the moving image in the region was shaped by different political and cultural agents, including British colonial officers, oil companies, government bureaucrats, private amateur cineastes, and foreign entrepreneurs. The core political issue of the emergence of a cinema culture in the Gulf was the restriction of cinematic medium and space to certain populations. Film experience in the Gulf was thereby refracted through three spheres of moving image culture: private, corporate-sponsored, and commercial public cinemas. Although these moving-image practices are often examined separately, I show that in the Gulf context they were intricately connected. What was common to these three spheres was a certain logic of exclusion and restricted access norms. The private cinema sphere was exclusive to the colonial and indigenous elite; the corporate cinema was confined to the Euro-American staff of the oil companies; and the commercial public cinema was reserved for the local and labor migrant audience. These cinema spheres and the processes of socialization, interaction, and acculturation they facilitated were regulated through legal codes as well as restricted access norms, adopted, in particular, from the patterns of colonial paternalism already well established in British India.
Fernanda Pinto de Almeida (University of the Western Cape): “Of ‘Bioscopes, Balls and Boys’: Children in the Making of South African Cinemas”
In early twentieth century South Africa children were at the center of public concerns about the popularity of cinemas. Fire outbreaks and the spread of disease as well as the supposed threat of so-called « non-European » audiences prompted civil society groups and colonial administrators to push for policing and regulation. Later, during Apartheid, public concerns about child audiences motivated legislation that imposed strict racial and age classification of films. My paper is an attempt to make sense of the experience of early cinemas in South Africa through the lens of children. Mapping an evocative assemblage of photographs, life stories and films I ask what might be gained from a rarely explored and highly speculative memory-archive of childhoods in and of South African cinemas. I ask, moreover, how the erasure of children from public spaces and leisure venues came to characterize racialized ‘communities’ in an incipient segregationist state.
Le lien de connexion Zoom est à demander auprès des organisatrices : morgan.corriou@univ-paris8.fr, caroline.damiens@parisnanterre.fr, melisande.leventopoulos@gmail.com. Les personnes déjà inscrites recevront le lien automatiquement. 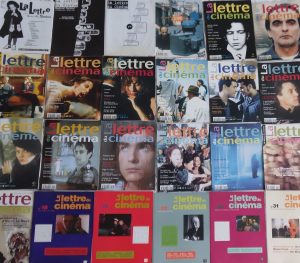